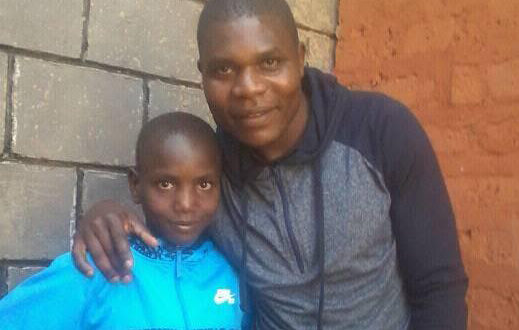 Edward’s father died when he was 8. A few years later, he dropped out of school to nurse his ailing mother on her sick bed until her death when he was 12. As an orphan with no one to pay his tuition and fees, Edward could not return to school. He did housework for money until he began working in a bakery. After three years, he saved enough money to return to school. His goal was always to earn a degree from a university, even though life threw challenges his way.

After finishing grade eight, he received a call inviting him to Gilgal High School, where children like Edward who could not afford to attend secondary school could continue their educations. After his Gilgal graduation, Edward continued to Mount Kenya University where he graduated with a social work degree. He now gives back to his Alma Mater, Gilgal High School, by serving as a history and religious education teacher.  He also established Doors of Hope.  As an orphan and educated at Gilgal High School he wanted to help orphans, especially street kids.  Founded with the help of Whatever, where he teaches the children to transition from the street to ‘life’ in a home that supplies food and a place to live.  E=H supports the students at Doors of Hope, where Edward currently cares for 5 students.  Edward was given hope, and you can help others like him find their potential and become leaders.