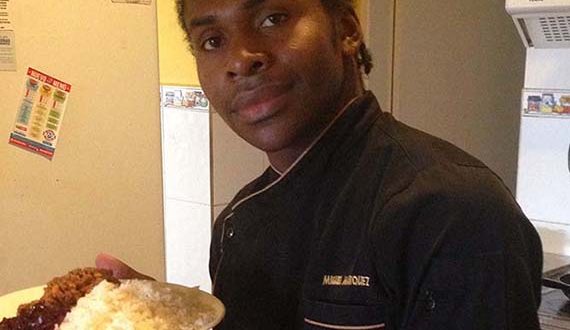 Miguel first heard about Casa Gabriel when he was 14 years old. He and his younger brother Jesus were living on the streets after having run away from a group home several times. They had learned to prefer to live on their own on the streets: they’d been doing it since they were small children.

When Miguel was an infant his mother became a drug dealer to help make ends meet financially for herself and her seven children. She was taken to prison and her younger children were sent to group homes. Upon being released she gathered her children back and tried making a go of it, but desperate for income she sent her kids out on the street to “work” selling and singing Miguel was around 5 years old.  The kids would bring home what they could to help out, but it was never enough for Miguel’s Mom or step-father. Soon they realized it was better for them to spend more and more time on the street and not coming home to be met by their step-dads fists and kicks.  Miguel and Jesus made friends with other street boys and soon discovered, at the age of 7, that they could fend for themselves just fine out on the streets, so they went home less and less.

One day Miguel and Jesus were at a soup kitchen run by a local church and heard about Casa Gabriel from another boy. Jesus was interested and wanted to go check it out but Miguel didn’t want anything to do with it, he was fine on his own and had been hurt enough by group homes and adults.  Jesus came to visit and loved it. He told the staff about his brother Miguel. Finally, Miguel came to visit: however he had a big chip on his shoulder from the start.

“He was a very hard kid for many years”, states the Director Phil Douce. Miguel had a very difficult time trusting anyone and did not do well with discipline or limits, taking them as rejection or that someone was intentionally trying to hurt him. At several points the staff could not take any more and had decided to ask Miguel to leave the program. On these occasions his younger brother Jesus said that if his brother had to leave he would leave also. So the staff tried again, and again. They had been told by his school psychologist that Miguel had a mental delay and would never graduate from high school. Many times the staff would pray for this young, angry boy and would come up with yet more strategies to try and show love, respect and service to him. Little by little Miguel started to gain trust and developed a strong love of learning and doing well in school. Finally, instead of him being the “dummy” in the class, his classmates would ask him how to do the work. Along with much patience, love and work, Miguel started to thrive. He became one of the most dedicated and self-motivated boys in the house when it came to school.

Not only did Miguel graduate from high school, he graduated with honors. Immediately after graduating, he enrolled in culinary school, following his love of cooking and his dream of becoming a chef and maybe opening his own restaurant one day. As Miguel continues to study, he comes to Casa Gabriel three times a week to cook lunches for the other boys. He is paid for this work, which he uses to pay for his current school costs and also gives him a chance to keep practicing his cooking in a place where he is deeply cared for. The staff continues to pour out love and support to Miguel, as does his mother, who fervently prays over her sons. It is an honor to walk beside young men such as Miguel, who have embraced a love of learning because of the doors it opens for their futures.